The new frontier of cereal.

“PRESENTATION OF THE TEFF”

The Teff is an annual grass with a fibrous root system, an upright stem and a cob type inflorescence. In the great part of the varieties a single plant can produce up to 5000 kernels from which the Teff flour is made.
Teff beans can be white, red or mixed. Depending on its use derives white or dark flour.
In Ethiopia, the place of origin, white beans are considered the finest ones.
The white Teff’s flour has a rather sweet and delicate aroma, which reminisces of that of chestnut.
The dark Teff’s flour, instead, has a rustic and decisive taste, similar to that of hazelnut. Both varieties, light and dark, release an embracing and slightly toasted aroma. Teff’s grass can be preserved for many years without being seriously damaged by harmful insects, which are common in storage, and is tolerant to water stagnation. 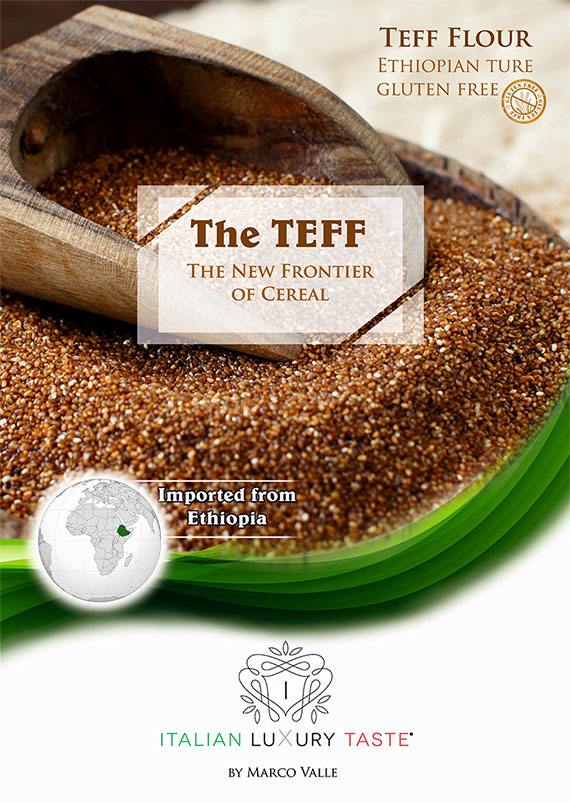 Teff belongs to the food category
of cereals. The binomial nomenclature of the only cultivated species where the Teff’s straws come from, which are used to obtain the flour, is “Eragrostis Teff ”.
The name Teff comes from the root Ethio – Semetic “tff”, meaning “lost” and it refers to the ease with which the beans can be dispersed, that is caused by their small dimensions (about 0.8 mm of diametres).
In Table 1, the scientific classification is shown.

Genetic studies indicate that the first cultivations of the Teff were from 4000 BC to 1000 BC in the Ethiopian land and in the southwest of Arabia where it was used especially for its beneficial and therapeutic properties. The first quality cultivated was seemed to be a wild ancestor of the Eragrostis Pilosa.

Teff remained at the base of the Ethiopian diet for over 3000 years and only in the last ten years it has achieved a continuous growing interest in international level.
It’s yet unknown in the Western, but together with other alternative cereals, it can become a widespread consumption food.

Teff is a grass cultivated in Ethiopia and in a small part of Eritrea, where it has originated and where it has diversified.
Teff’s seed is extremely resistant to all occurences, dehydration, heat, humidity and mold. Normally considered, it preserves its germination capacity for at least four years, but sowing started from even older kernels does not give any kind of problem.
Although most of the sowing and processing is done manually, there has been a progressive mechanization of these processes. The mechanized harvesting is simple and perfectly organized and equiped, in order to avoid large crop losses.

Il Teff is a naturally gluten – free cereal and, by definition, whole wheat.
In fact, the tiny dimensions of the seed (0.8 mm of diametres) don’t allow the separation of the peel’s germ, so the whole seed is kept in the flour grinding.

This results in much richer nutritional values, shown in Table 2.

Having a higher percentage of bran and germ compared to other cereals, Teff’s flour preserves, moreover, an elevated fibre content. Thanks to this characteristic, it’s an ideal ingredient for celiac and diabetic people, who usually search for food rich of these nutrients for their diet. The insoluble fibres are, in fact, also useful to regularize the sugar absorption. Thanks to the complex carbohydrates that it contains, it’s a low glycemic index food, thus indicated not only for diabetic subjects, but also for those who want to lose weight.
In addition to the high fibre intake, Teff’s flour is a source of vitamin, amino acids and proteins. In fact, it contains all the 8 essential amino acids and, particularly, it’s rich of albumin, the primary protein of plasma. Therefore it arises as an excellent alternative to eggs for those who follow a vegan diet. Teff also owns the highest quantity of lysine and thiamine compared to barley, wheat and any other grains.
Its tiny and tasty seeds make the cereal five times richer of potassium, calcium, phosphorus and a type of iron easily assimilable, useful for who desires to increase the sports performance. 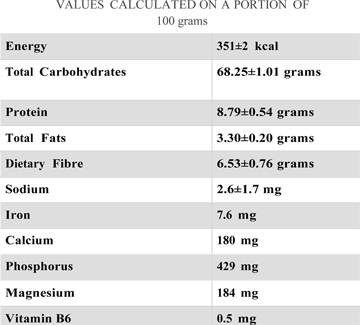 In the Ethiopian diet the Teff represents about two – thirds of daily iron assumption and is principally used to make different kinds of enjera (a kind of flatbread), porridge and animal feed. Teff is also used to make a local alcoholic drink called arak'e or katikalla and a local beer called t'ella or fersso. The straw is used to strengthen the mud with which the wood walls of the buildings are plastered and also for feeding the cattle.
In the Western society, given the continuous search for healthy food able to satisfy the nutritional needs, Teff is the undisputed candidate for conquering the food market.
It will be helpful for celiac people, for diabetic people, for ever growing vegetarians and vegans, as well as for the children and athletes. As a matter of fact, many believe that the Ethiopian people’s high sports performance in long distance races can be attributed to Teff, consumed as a part of their daily diet. It can also be a basic nourishment for all the people looking forward to achieve or maintain an ideal weight. Teff, in fact, thanks to the presence of complex carbohydrates and fibres, is able to control the hunger stumulus.
Moreover, it is indicated for all of those who suffer health problems related to the intestinal functions: it prevents colon inflammation, it’s antioxidant and it stimulates the regularity.
Mixed with other food, Teff can also be used in pediatric nutrition.
Teff flour has many other uses mostly in the pasta and in the baked goods sector. It can be used to produce the Injera, a spongy and sourish bread, with a distinctive flavour due to the slow fermentation, or to make bread, pizza, crackers, biscuits, breadsticks, cookies, muffin, pancake, waffle, various desserts, soups, porridge, sauces and puddings. An excellent substitute of cornstarch, being composed of a very low glycemic index, equivalent to 26 (versus 85), and a slower retrograde.
Cooked Teff can be mixed with vegetables, legumes and tofu for the preparation of vegetarian hamburger. The seeds can be sprouted and used in salads and raw grains can replace nuts or sesame.

The Italian Luxury Taste srl cares for the TEFF flour distribution, produced in Ethiopia with TEFF cultivated in Ethiopia, in full respect of the traditions and the origins of the product, in front of the assurance to propose a food, one of its kind, which can count on health characteristics and the absence of contamination of the cultivation land, on the systems, an elevated technology, and on operative methodology, adequate and attentive, connected to the processing. A set of elements that allow to enhance the organoleptic properties and the typical superfood characteristics of the Product.

Italian Luxury Taste srl is an exclusive distributor of the TEFF flour in close collaboration with the only certified manufacturer present in Ethiopia. It is the first exporter of this product, based in the Central African country. 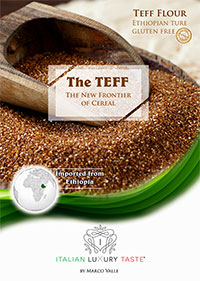 read the article in pdf » 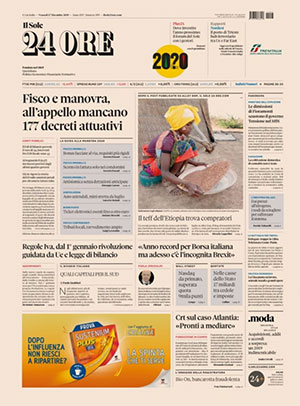